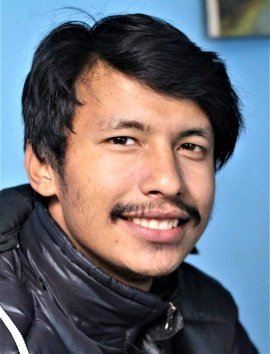 Born in 1996, Sujit comes from Khokana, a picturesque village to the south of Patan, which has long been known for its cultural heritage and mustard oil production. His father is involved in the transport business, working as a driver with a jeep and his mother a traditional housewife. Sujit is the first member of his family to have a keen interest in art and, to be more specific, in paubha art. That said, he can also turn his hand to other art forms, and his landscape paintings in poster colors are striking. He also studied sculpture and clay crafts for four months, mainly for his own interests.

As a child, only his uncle had any calling for art, and that was in a limited way. He recalls always being drawn to being an artist and, like many Nepalese who follow that course, paubha featured strongly in the training. He studied Fine Arts at Sirjana College then took a long 4-year ‘gap year’ to learn his basic paubha training under his guru Ram Prakash Shrestha at the Swayambhunath center near Dallu. Perhaps this is the best training that can be imparted to young students.

Like most paubha painters, he follows traditional practices, but is not averse to adding his own, more modern attributes to his work. His most prominent painting in the MONA museum has the central figure turned to one side in an asymmetrical pose. In fact, this is a specialty he might follow and make more of in the future. That said, like others, he wishes to paint in the ‘correct’ style, with no deviations from the ancient design rules in paubha. This is to follow the ‘Pratima Lakshyan’ – keeping the layout, design, mudras, and motion aspects traditional. Added to this, some contemporary artists like to introduce some modern twists.

Sujit has a flair for telling ‘stories’ through his work with ‘feeling’ – a feature that is present for all to see in his work. His wife Saru Prajapati is also a paubha artist in her own right, and just occasionally they work together on some small aspect of a painting. Sujit has produced a beautiful painting depicting the ghats at Varanasi and hopes to visit the reality one day soon, having been to Delhi already. He found India a fascinating place and is familiar with some of the similarities of the art found there.

Thus far he has sold his works through local galleries and word of mouth. He can be found as Sujit D Mhrzn on Facebook and his page is sure to arouse further interest. His Mahasiddha Virupa painting is on show at MoNA in the Kathmandu Guest House – a finely detailed image that illustrates his artistic skills in an instant. 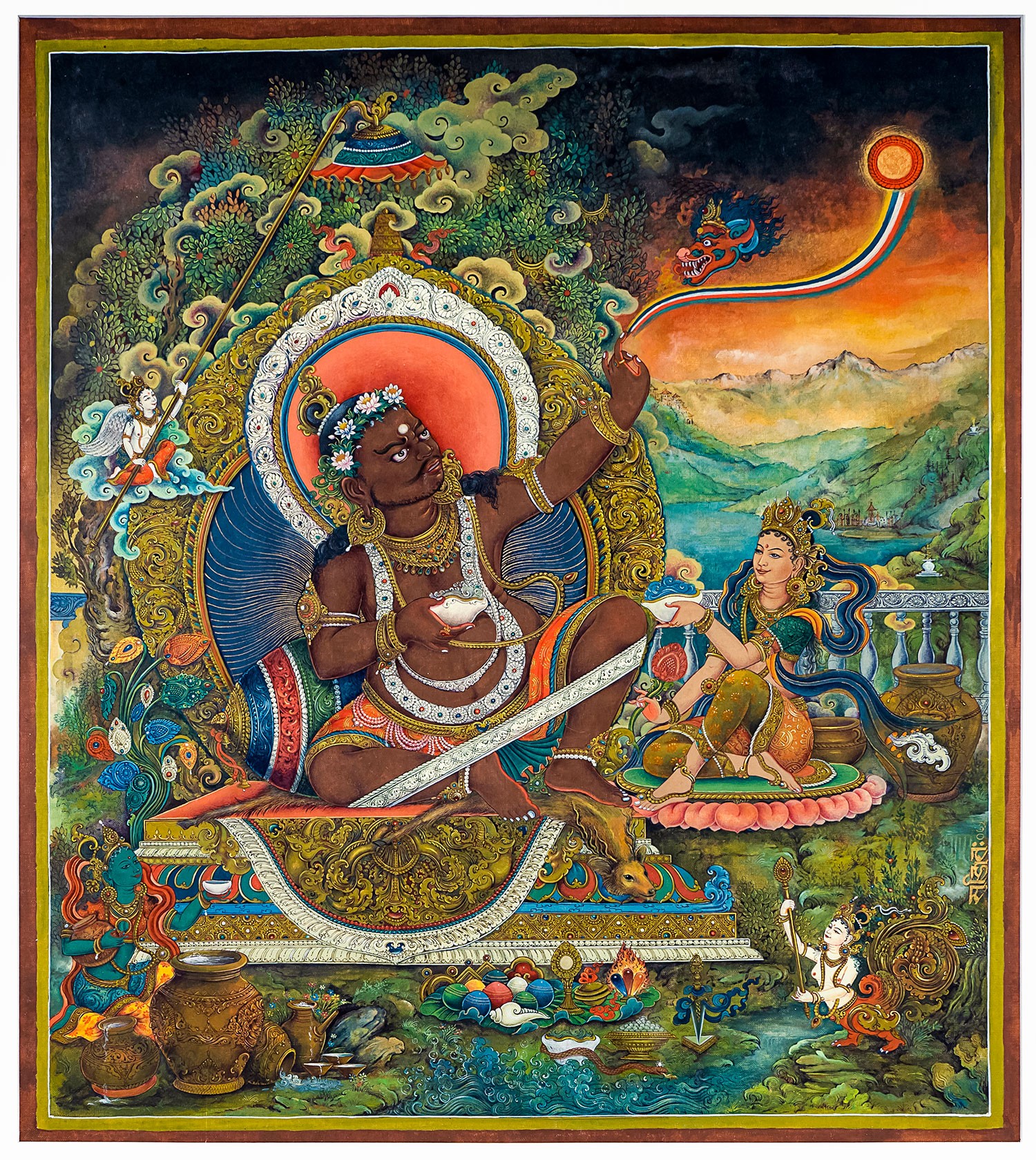