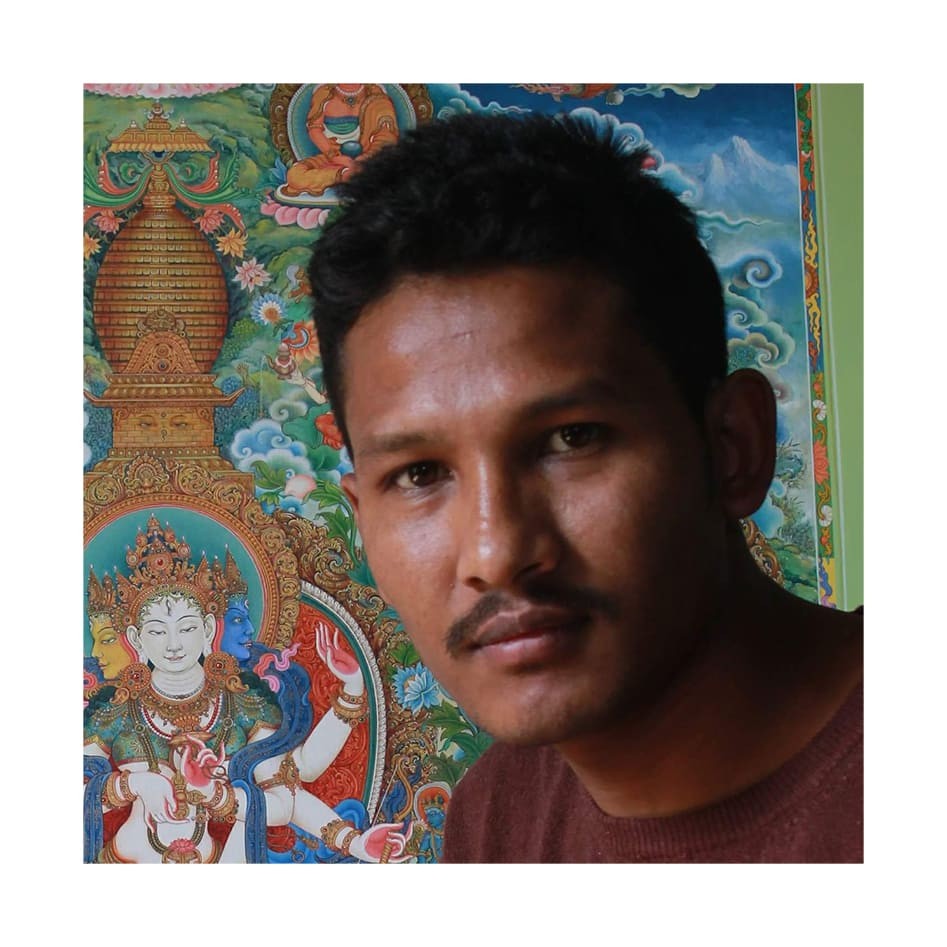 Rabi is from what was the small farming community of Tokha north of Kathmandu. His father was a carpenter in between toiling in the fields. He was born in 1990 before the urbanization of the valley really began, so he too experienced first-hand the life of a valley farmer. He recalls being fascinated by drawing as a child and it was his first passion at an early age. Having studied art first at Sirjana College followed by a BFA at Lalitkala Campus, he deliberately did not continue his formal studies to a Master’s degree. Having to study other forms of art (portrait, landscape etc) did not appeal at the time, as he already knew that paubha art was his true vocation.

Rabi was influenced by the three great artists of paubha in the valley: Udaya Charan Shrestha, Lok Chitrakar and Samundra Man Singh Shrestha, as well as his guru Ram Prakash Shrestha, who also trained and inspired other students and continues to do so. Rabi was extremely busy learning his skills – at college in the mornings, with his guru in the afternoons (painting and earning some cash from his works) and studying at home in the evenings – not forgetting time for his dal bhat! Rabi remembers this as the “learning and earning” training time. He is thankful that his family have always supported his endeavours, and as a successful artist their tolerance has been rewarded.

Like all proponents of the paubha art form, he too keeps very much to the ‘rules’ of the art and seeks to find acceptable ways in which to add his own style to the images – in the background and paint medium especially. He very much likes the freedom that being an artist can provide. He paints in poster colours, acrylic, oil and sometimes natural pigments. Rabi has an extraordinary ability to paint detailed and intricate paubha images at a very fast rate, something that surprises and amazes those who have a grasp of the art form – that though is the hallmark of an artist to find a niche in the field that is personally satisfying. He won a national award in 2018 for his Swayambhu Purana – Jyotirupa painting.

As for the ‘nitty gritty’ of making a living, he has a Facebook page and relies on word of mouth for sales. Rabi has produced some superb paintings that range from absolute miniature to the almost impossibly large (impossible in that finding a canvas of quality and size was a major issue). One of his favourite subjects for painting is Ganesh – the miniature image at MoNA is as striking for its fine work and detail as it is for its dimensions. See it (and other works) in the MoNA Museum, but be sure to ask where to find it! 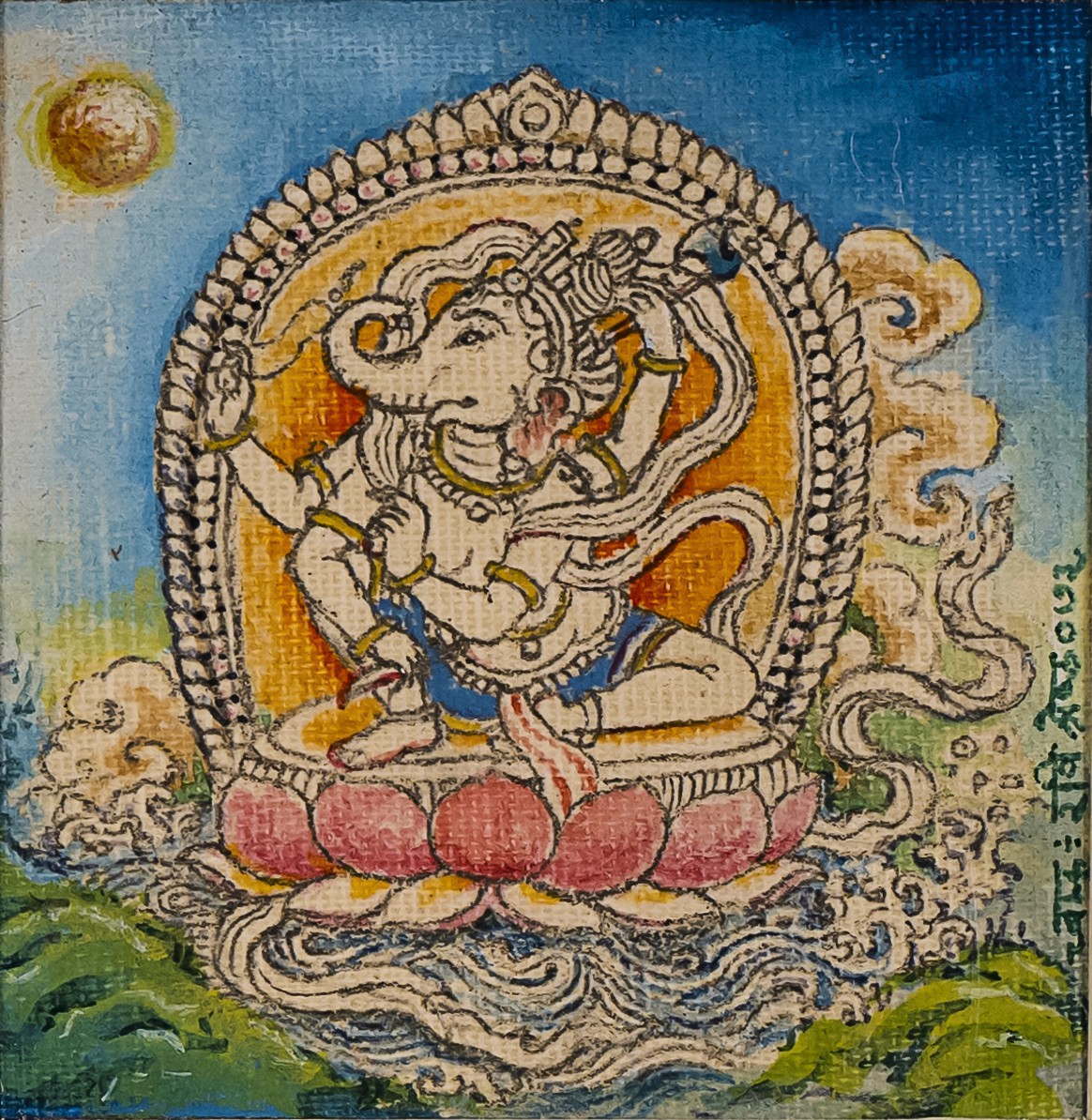 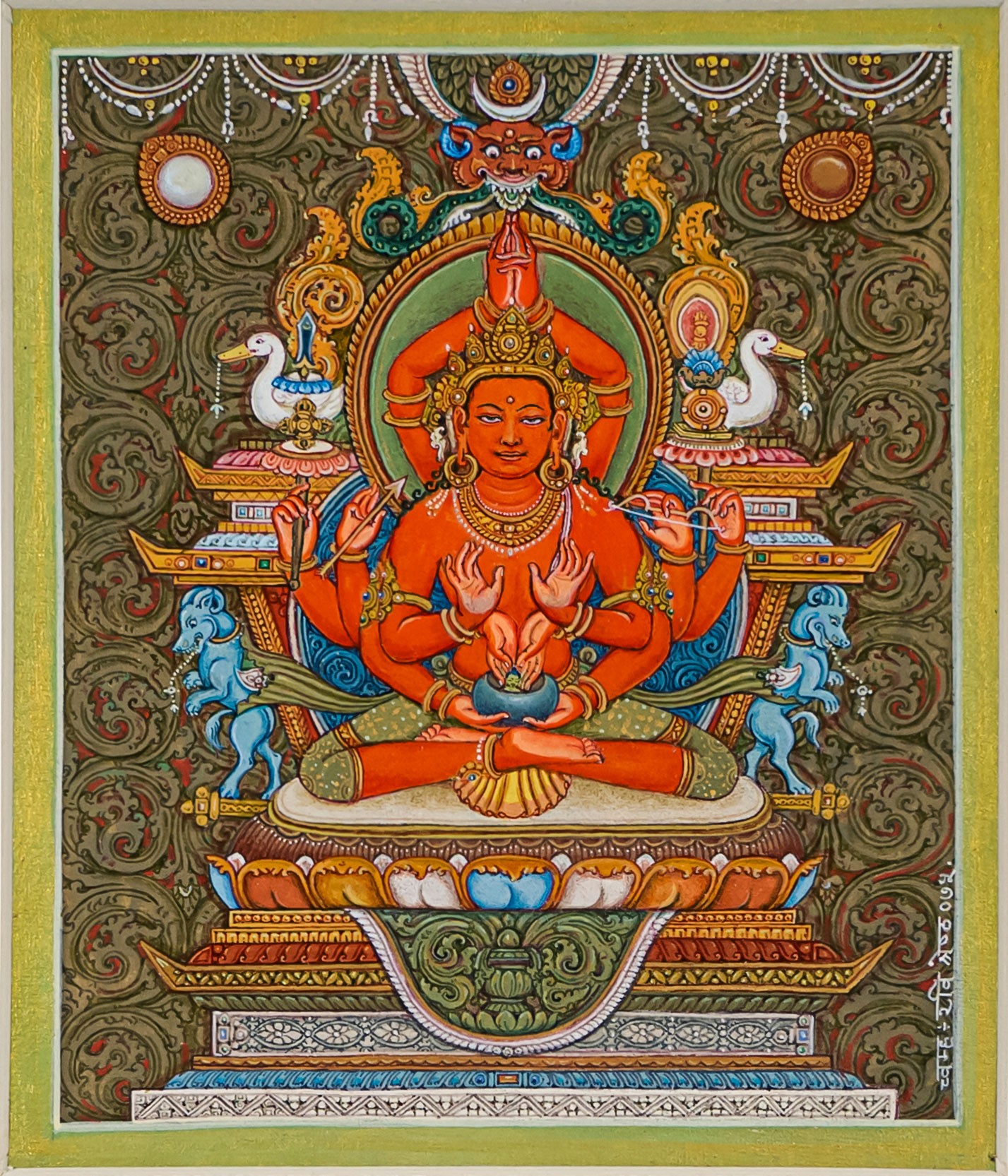