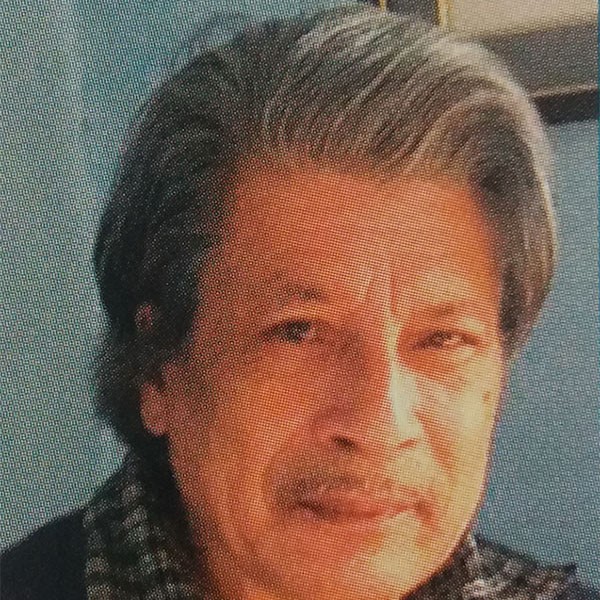 Born in 1944, at Suichatar, Kathmandu, Chitrakar completed his Intermediate level in Humanities, and inherent his family occupation of painting, much against his father’s wish. However, he was well supported by his mother, who died early in his life and later by his wife. During his childhood, he would spend many days on the terrace of his house far from his father’s gaze, and practice drawing on the tin sheets. He believes that this ancient art form should be continued by the new generations following the texts of iconography and iconometry, yet exploring one’s own style. He worked as a Sikka Designer (designer of coins) at the Nepal Rasta Bank.

Besides painting, he has published many Newari language publications including Prarampara Chojya Bidhi and Nepal Bhasaya Mecha Dapa Khala Jhigu Sa. He was the former Chairman of Nepal Paramparagat Kalakar Sangh and Founder Adviser of the Artist’s Society. 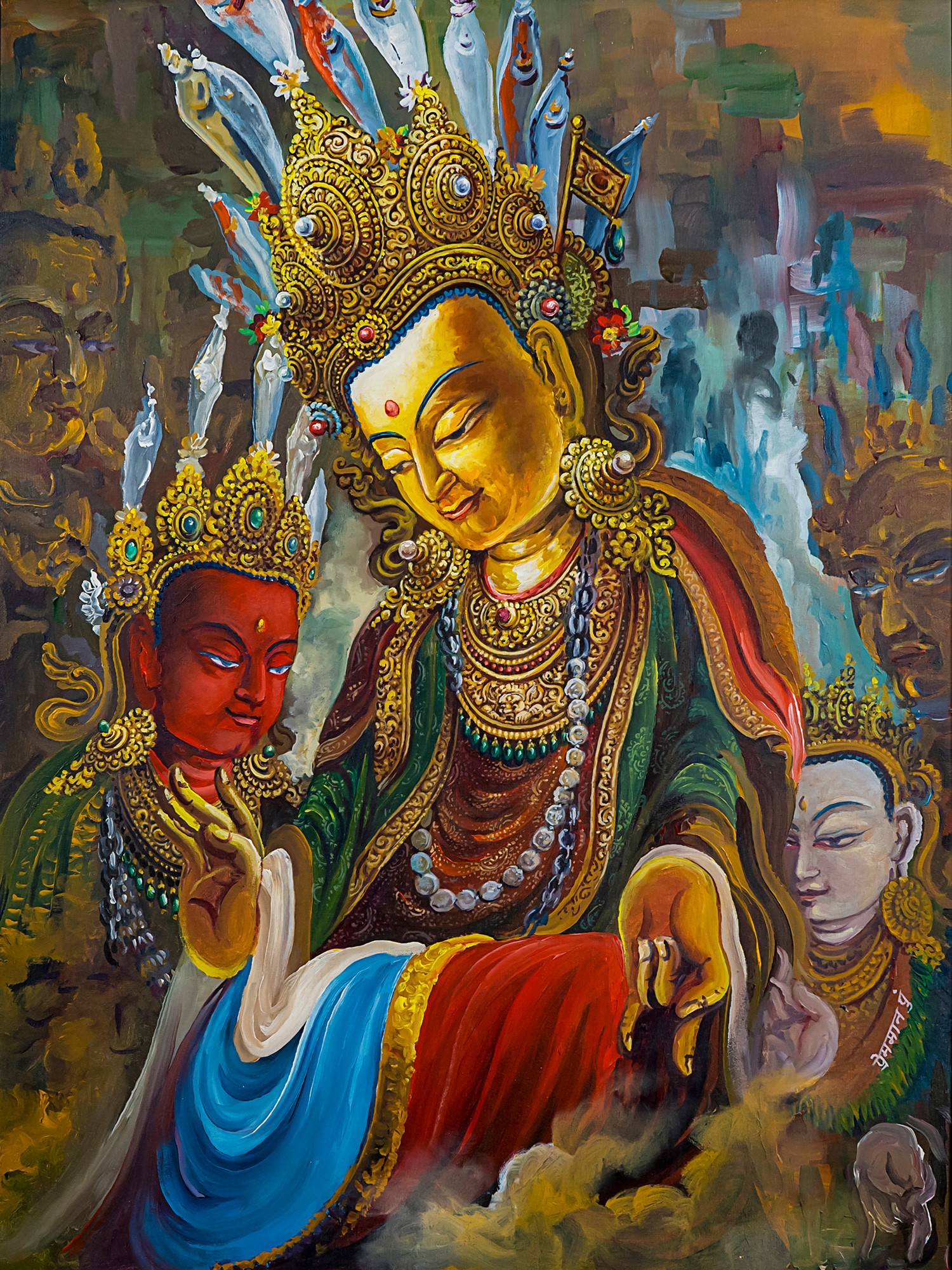 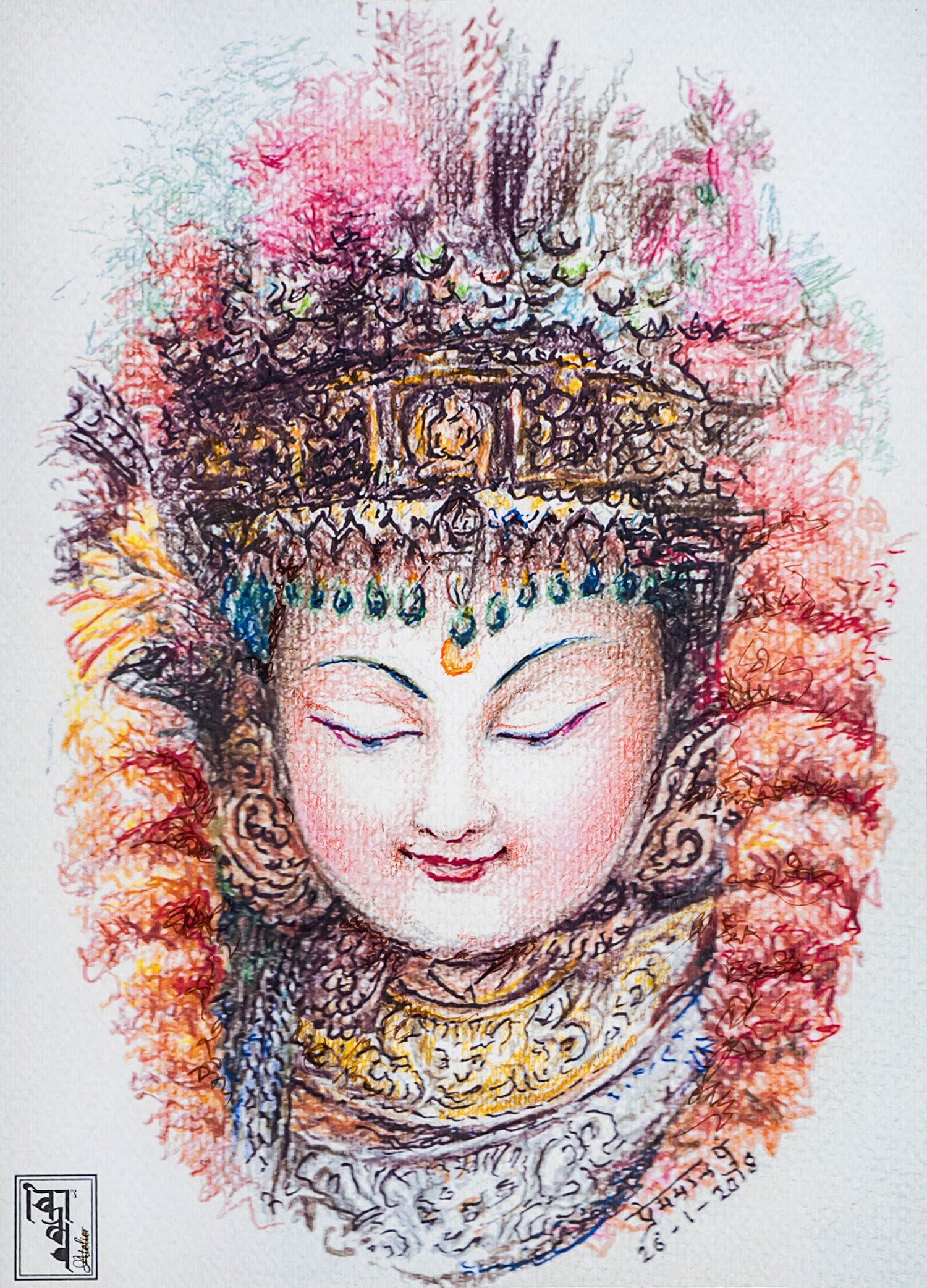 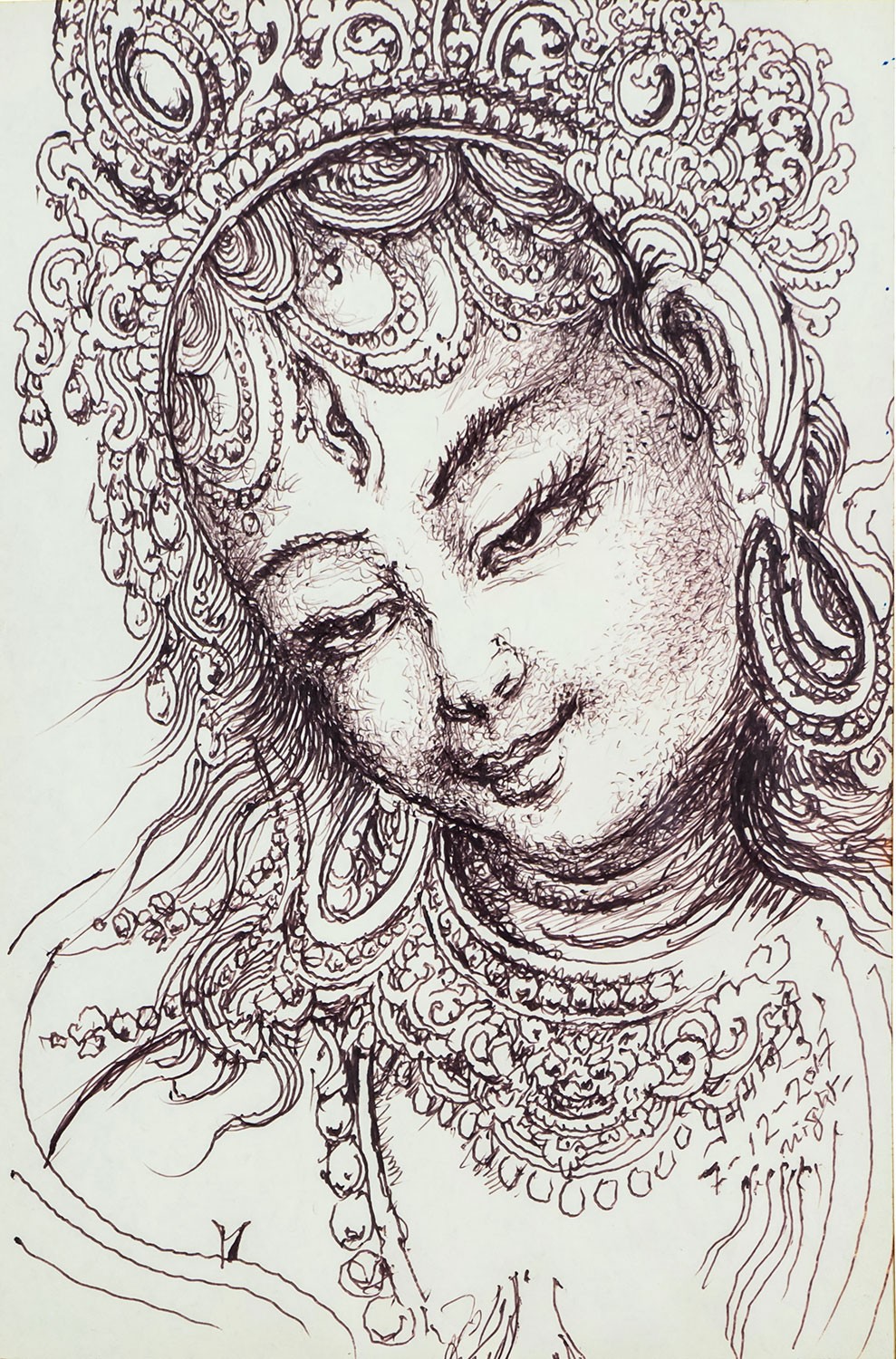