Gyanendra comes from a very long line of family artisans from Patan who have been making and perfecting the art of statue casting and production for over 150 years. He spent his childhood surrounded by the sounds, smells and heartbeat of metal crafting. His skills have been honed through years of family ‘apprenticeship’; perhaps this is really the only way to develop such talents. Gyanendra was born in 1969 and is married with a son and daughter, who has developed a passion for her father’s craft. So the family tradition continues (perhaps through her), also with other extended family members including his brother Laxman.

Gyanendra studied briefly at the Aksheswor Mahavihar centre in Patan, a renowned institution for such crafts. His family has been using the traditional ‘lost wax’ system of statue production, a method (see below) used for centuries and continually being perfected by today’s new breed of talents. It is a long and painstakingly detailed process. He works mainly in copper, but also brass, silver and occasionally bronze. Although Gyanendra expresses a passion for Maitreya (Future Buddha) statues, he is happy to make any type of statue from either Buddhism or the Hindu faith. In fact these days he is just as likely to be working on Taoist images or others from Taiwan, Japan or Korea – working normally from line drawings sent by the buyers.

Today he sends the family statue art across the world, with many pieces going to the new markets of the Tibetan regions as well as for buyers across China and Taiwan. Historically, India, Europe and America were the main markets. Some of the more complex statues are cast in sections, but mostly the images are made in one piece with finer details added afterwards. A particularly amazing statue was produced for the Labrang Tashi Qila in Amdo, Tibet; it was 24 ft high, used 70kg of copper and materials alone cost in excess of Rs5 million.

He has a particularly exquisite copper statue in the Museum of Nepali Art (MoNA), and with more than three hundred statues produced, buyers are generally already familiar with his family’s work. 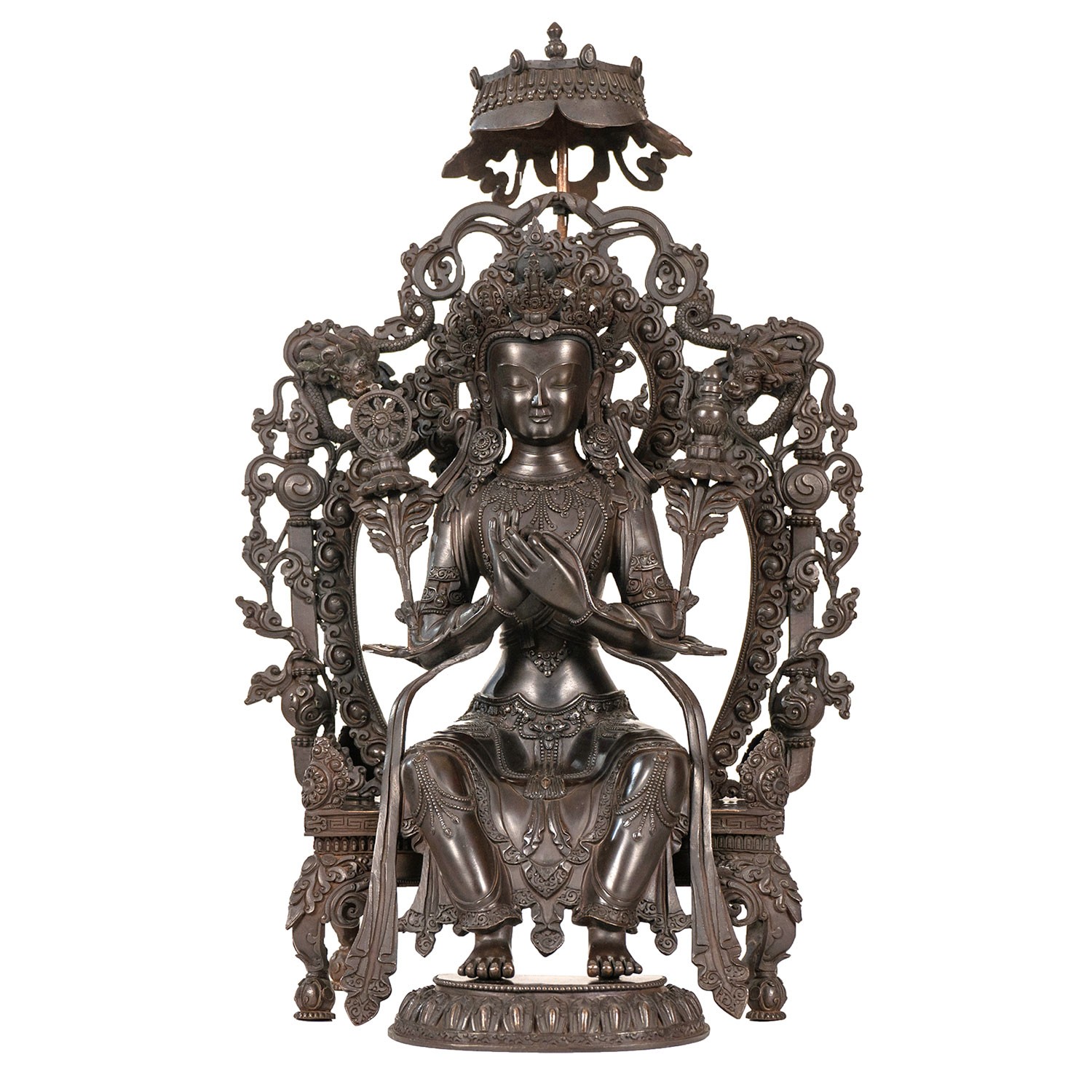