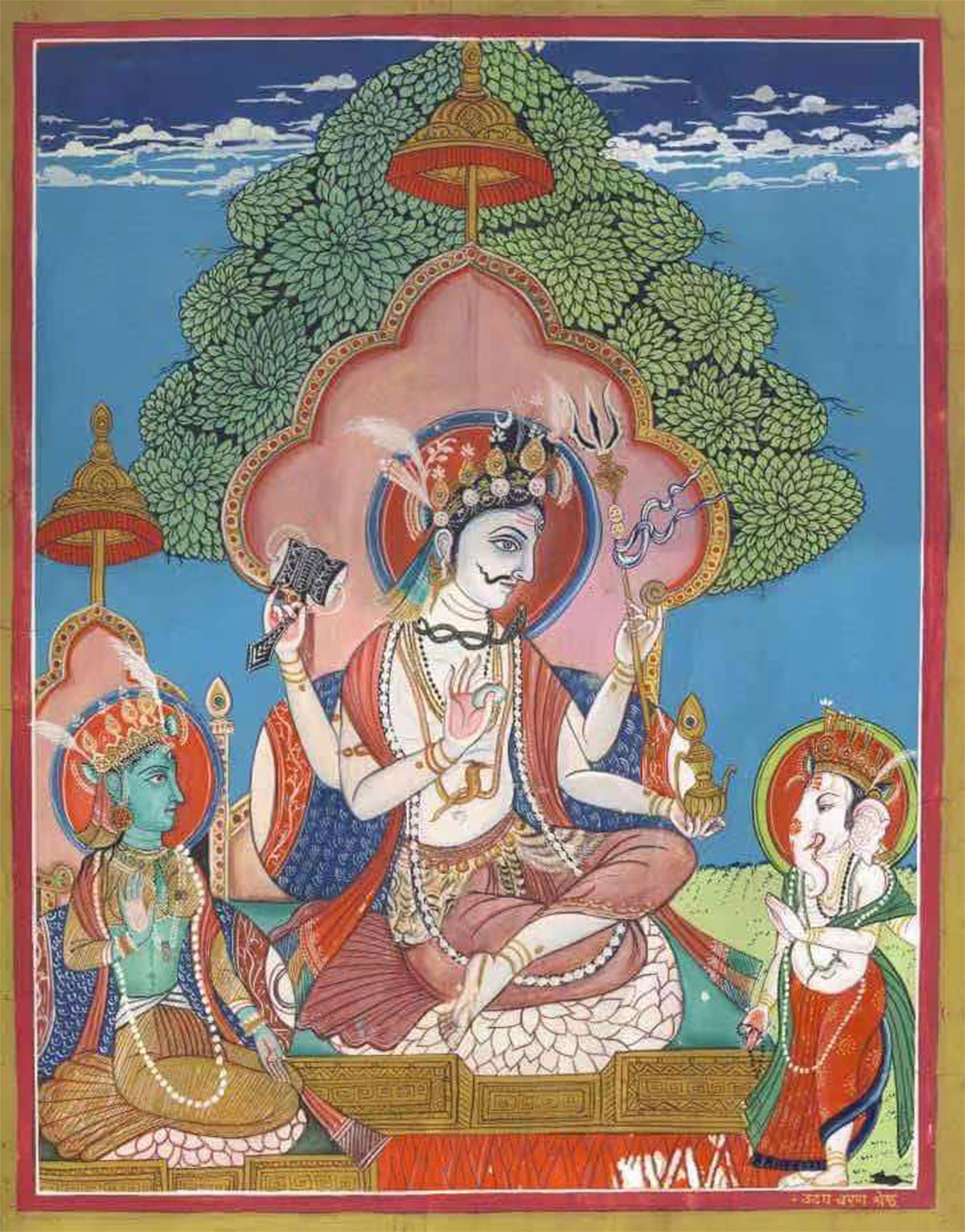 Shiva is one of the three supreme gods in the Hindu Triad, Bramha, Vishnu, and Maheshwar (Shiva). He is also known as the one who is responsible for the destruction. This destruction is not arbitrary, but productive, according to the Hindu religion. Therefore, Shiva is considered to be a source of good and bad and is said to be a combination of various conflicting forces.

Paravati is the consort of Shiva, who sits on his right. She is the reincarnation of Sati, his first wife. She is called by many names like Gauri, Uma, and Adi Shakti. Her portrayal is often soft, beautiful, and benevolent. The Goddess has many manifestations such as Kali, Mahakali, Durga, Dakshinkali, Chamunda, and more.

Shiva and Paravati have two sons, one of who is Ganesha. He is in the right corner of the painting. He is the elephant-headed god who is traditionally worshipped before any major enterprise and is the patron of intellectuals, bankers, scribes, and authors. 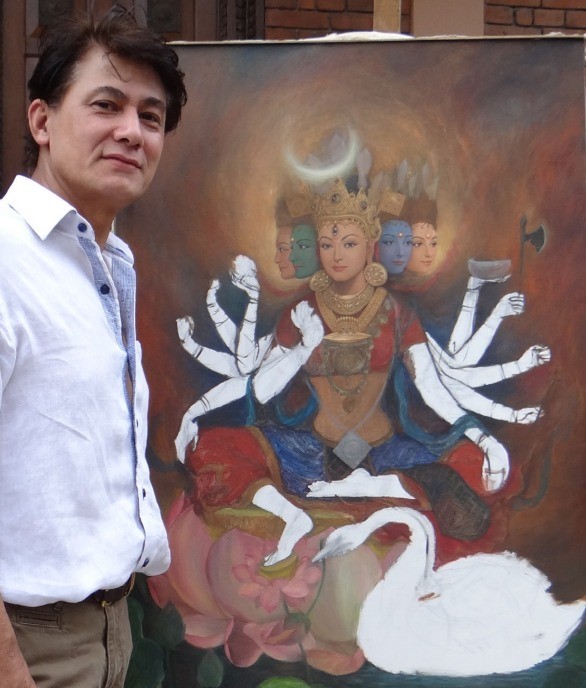