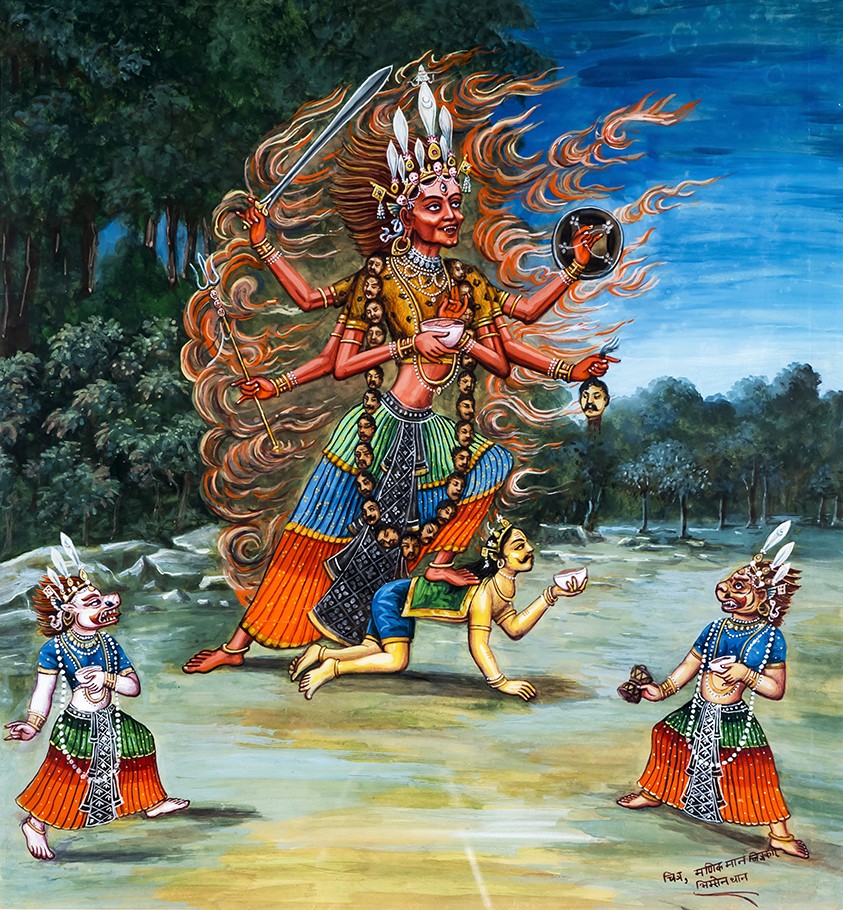 Mahakali (Sanskrit: Mahākālī) is the much-respected Hindu mother goddess of time, death, and apocalypse. She Is the consort of Mahakala, the god of consciousness, the source of reality and creation. She is the feminized variant of Mahakala (which is also considered to be death), an epithet of the god Shiva in Hinduism. The various embodiments of Mahakali are Kali and all their forms.
Mahakali is portrayed in red and has six hands. She carries a sword, Trishul (trident), shield, severed human head, and a kapala (skull cup) (skull cup). The lion-headed god and the tiger-headed god are on either side of the painting. 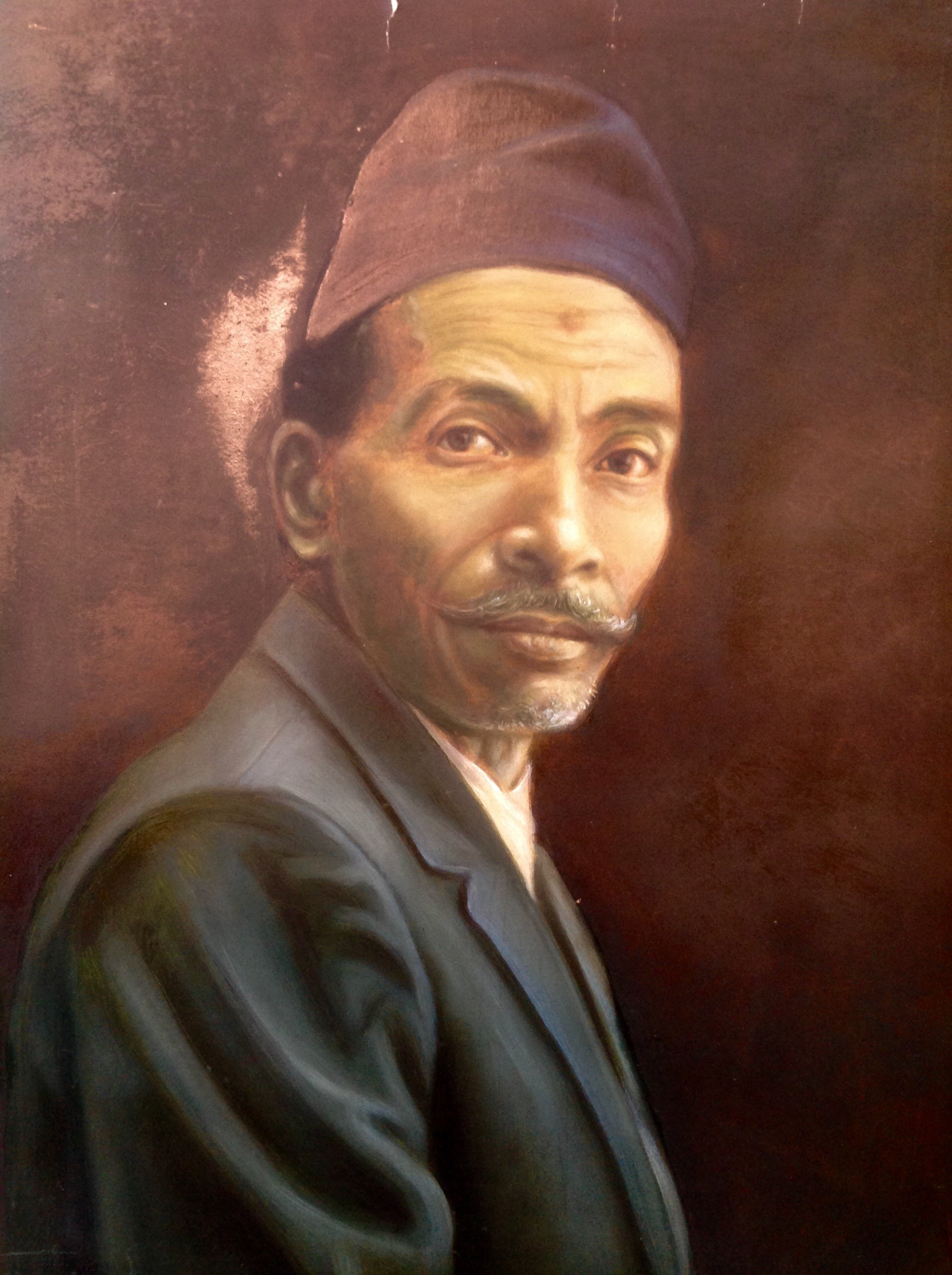