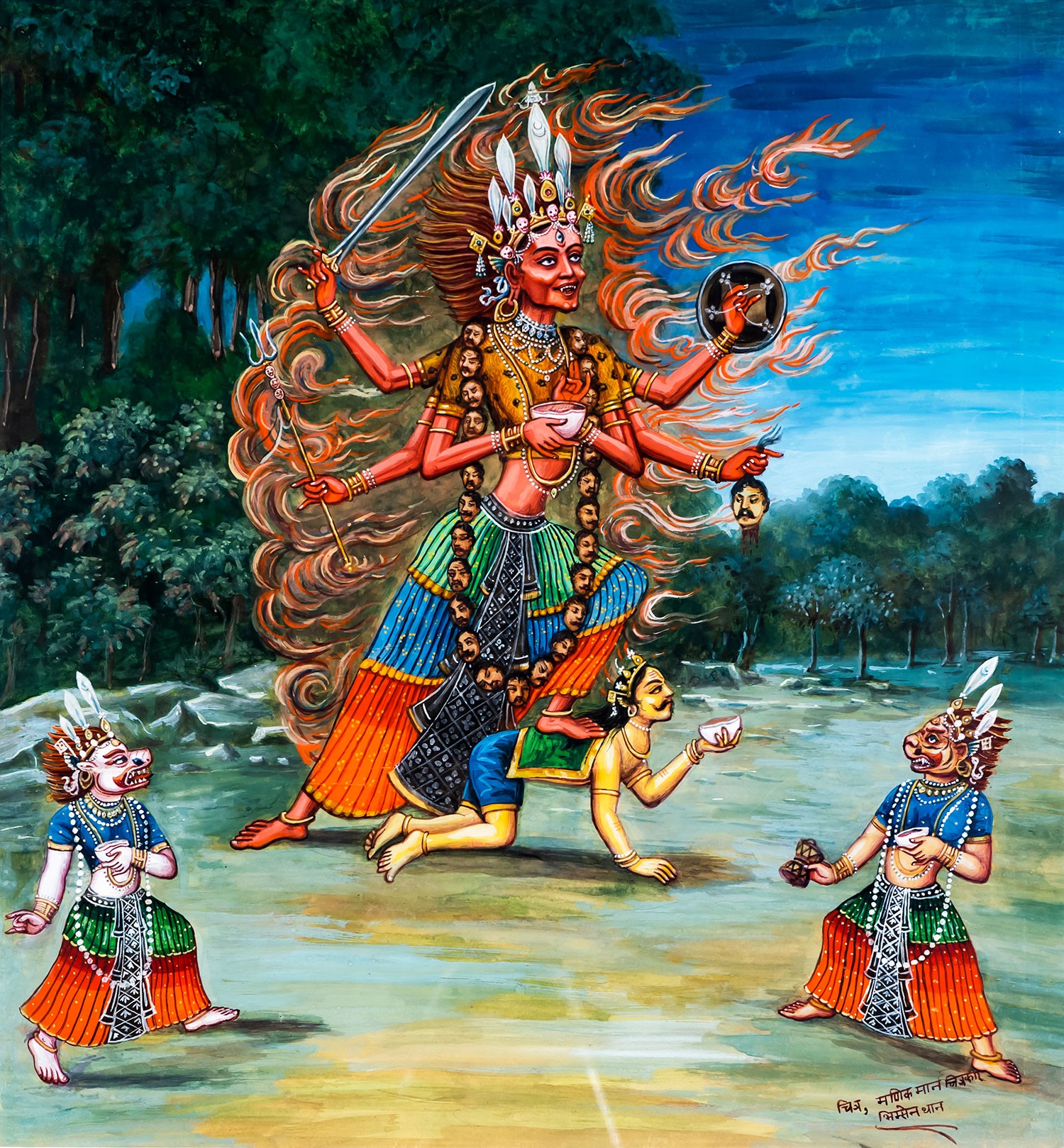 The Goddess Kali is regarded as a deity of death, violence, and doomsday she is one of the terrifying female warriors. She is also a deity of time, particularly, motherly love, which is related to sexuality and motherhood. She is an incarnation of feminine energy, a creative force, and a creator of the language. With Mahakali, the goddess has the highest spiritual power of feminine strength. This is her cosmic form, which guards and restores the cosmic order when it is out of balance.

The goddess is depicted having three pair of hands all of which is wielding various attributes. The primary hands can be seen holding a kapala (skull-cup). On her right, she holds a Khadga (double-edged sword), a Trishula (trident) whereas on the left, she holds a shield, and a severed human head. The left foot of the goddess is stepped on Veta while the Dwarapalas (guards) Shingini (white lion) and Bhangini (yellow tiger) stand on either side of the goddess.