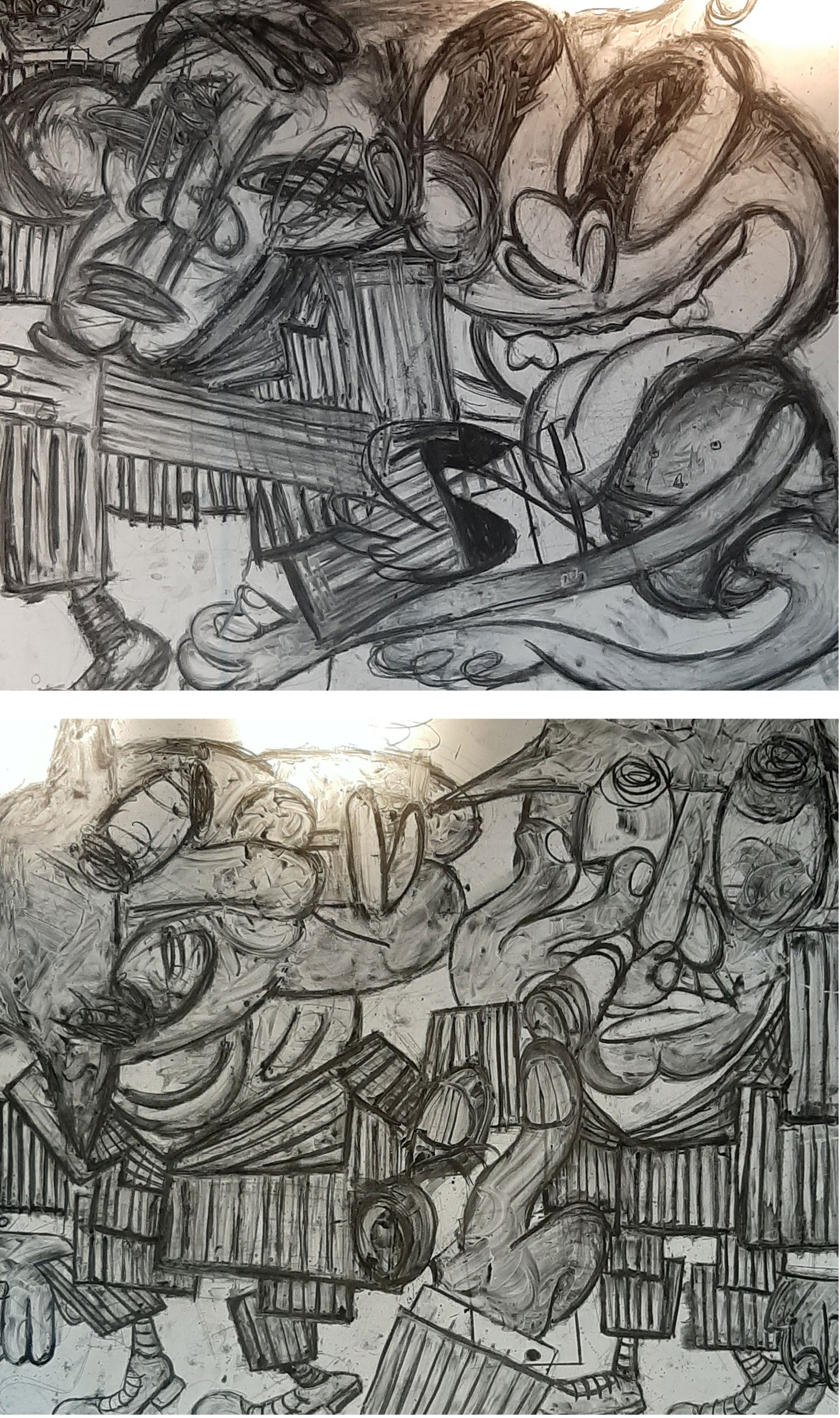 Currently on display at Mezze by Roadhouse, Durbarmarg

The artist's instinctive nature and his childhood are inextricably linked to Hilo. But how? Hilo is Nepalese for "mud," so there has always been a prohibition against jumping in mud puddles. However, the artist always aspired to have the freedom to do something that was prohibited. His reality is Hilo. His sanity can spread or create like charcoal dust, but one burst of bad luck transforms it into hilo, serving as a metaphor for the "imprisonment of freedom." We also hope to shed light on what Hilo has been doing with this series.

The subject of a sophisticated man in pinstripe suits became the imprisoned freedom,

If it were not for art, I would have filled in the role of a sophisticated man in pinstripe suits just like my father, but the suit would not fit me well like it did for my father, and I don’t want to.

Run-Run-Run or the Baby’s Gonna Catch You

Childhood characteristics were transformed into freedom from confinement. It's possible that this is satire or something I was made to fear because, as I get older, I can't act like a child anymore, so I have an impetuous, childish nature that makes me worry that the baby will catch me and I'll have to flee from it.

A Clown in a Man’s World

I felt like a fool, a clown, or someone irrational and irrelevant for wanting to escape from the confinement, but I'm just a clown trying to blend in. Just a fool for attempting.