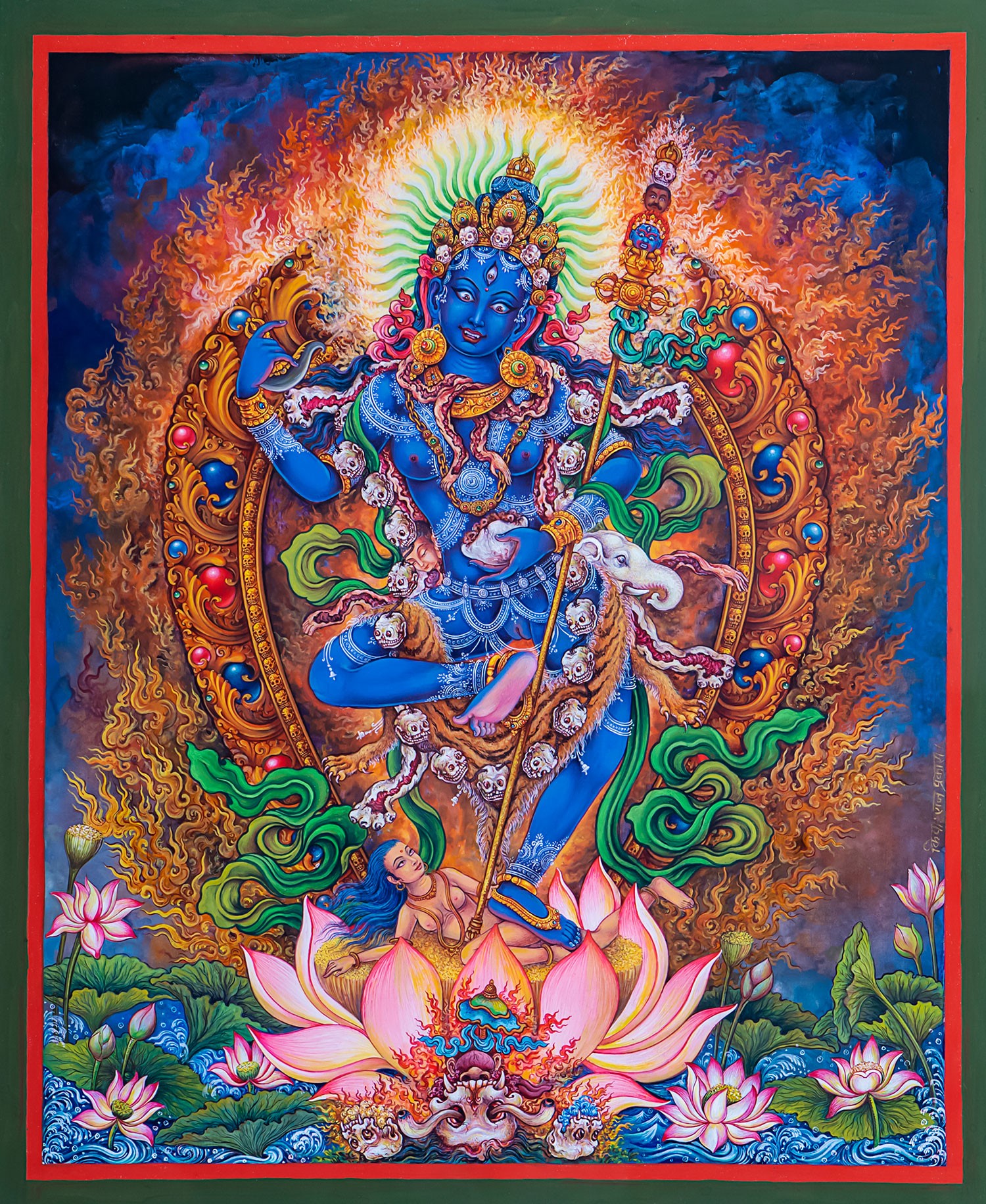 According to Buddhist legends, from the root of the lotus seed thrown by Vipaswi Buddha in the lake that was Kathmandu Valley, emerged Guheswori. The Hindus believe that Guheswori is the reproductive part of Satidevi, wife of Lord Shiva. Thus, both religions
give her the symbol of procreation.

Manjushri, founder of Kathmandu Valley visualized this goddess while carrying out rituals to drain the water out of the Valley. She is also called “Nairatma Devi”, the one who is blue, and signifies the wisdom of emptiness. She is the
emanation of Akshyobhya Buddha and is the consort of Hevajra. She carries a Karti (knife) in her right hand and the left carries a Khatwanga (long studded club) and Kapala (skull). The Goddess stands in Ardhapayanka (dancing position) and steps over a corpse. 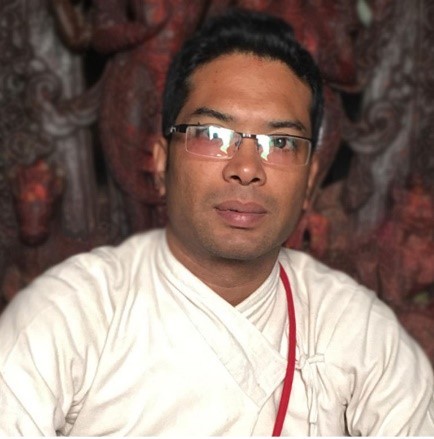