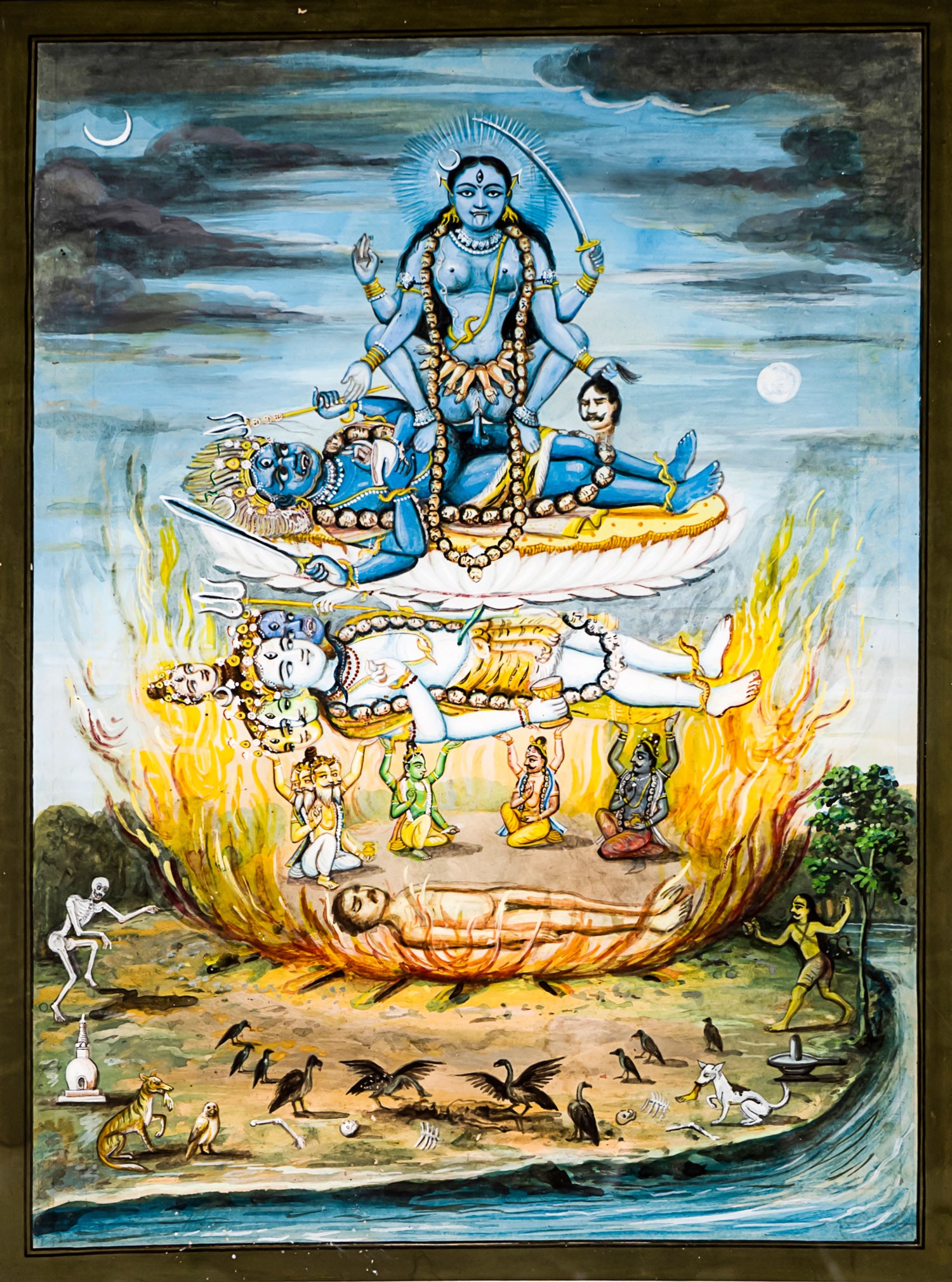 Dakshinkali is a virtuous mother, who protects her devotees and their children from misfortune and unhappiness. The root of the name Dakshinakali is available in different versions. Dakshina refers to the gift for a priest before a ritual or a guru. Traditionally, such gifts are offered by the right hand. The right hand of Dakshinakali is generally portrayed in the expression of blessing. In one version, a tale about Yama, the lord of death who lives in the south (Dakshina), is also a variant of her name. It is believed that when Yama heard Kali's name he fled in fear. It is said that the Temple in Nepal was constructed on the orders of the Goddess herself who came in the dream of King Pratap Malla.

To calm the temper of the Goddess, he takes the form of Bhairava. Mahakali sits on top of the Bhairava. Below the Bhairava, we can see Shiva. The different Gods, Bhrama, Vishnu, Maheswhor (the trinity), and Indra can be seen holding their arms upwards and providing support to Shiva on the top. At the bottom is a burning dead body, which illustrates a scene of a Masana Ghat (cremation ground).